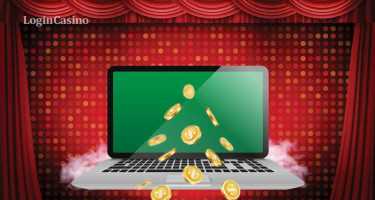 The Biggest Slot Trends in the 2020s

No forms of entertainment stay the same forever, and in the casino world nowhere is this as true as it is with slot games. From the humble beginnings of simple fruit machines to immense experiences unlike anything brick-and-mortar casinos could ever hope to offer, this world is a microcosm of digital casino's potential. With so many miles behind them, you might be forgiven for thinking they've reached the end of the road. In reality, however, 2020 and beyond are poised to be the most exciting years yet.

As we get started, it should be noted that even existing slots are currently being overhauled behind the scenes. These invisible changes are owed to the software system Flash, which used to be the standard on which slots were built. Having gone obsolete, Flash is now in the process of being removed completely. This means that, for many developers, old games are being transferred from Flash to HTML technologies. If you've noticed old favorites changing slightly or running better now, this could be the reason why.

VR as a consumer-level technology has been a target for decades, but only in recent times has it been viable on a mass-market scale. Of the many ways we integrate these hardware systems, casino games might not be the most obvious, but they do hold some of the most potential.

So far, a few slot game series such as Gonzo's Quest have begun to make the VR leap, but by drawing inspiration from another side of online casinos this evolution could go a step further. Live casino games like Lightning Roulette and Mega Ball are primary examples here, as they stream live dealers into players' homes for maximum engagement. These offer a more active experience, and in doing so raise the bar as more than just the sum of their parts.

Take this idea a step further, and it might be possible to digitize entire sections of slots. Imagine being able to take a virtual walk down the machines, pick the one you want, and dropping into a game. This technology might be a few years off yet, but as the tools and expertise are constantly improving, their creation could just be a matter of time.

Referring to a greater gaming system placed around a casino’s titles, gamification serves as an overarching framework to connect a website’s features. In slots, this typically comes by allowing players to generate bonus points during play. These can then be spent on special features such as VIP tables, free spins on certain machines, badges, and much more. A growing trend in the last few years, expect gamification in the 2020s to keep getting bigger.

The final new trend in slots worth mentioning is the rise of skill-based slots games. These are games that fundamentally operate the same as any other slot, save for additions like bonus games. The bonus games in skill-based slots move away from pure chance, allowing players to prove their worth through skill to claim more personalized bonuses. In this way, they appeal to players by offering more choice and challenge, while still being reasonable enough to not bankrupt the companies that make them, in a best of both worlds' approach.

As a form of entertainment tied so closely to evolving technology, the world of slot games will never truly be done. The '20s will see significant changes to greater trends, but these changes will in no way indicate the final trajectory online slots travel. Regardless of where we end up, the result for players is vastly improved choice, and for both casinos and players, this is a fantastic fit.

Read more: What changes will the industry of iGaming in the USA face?