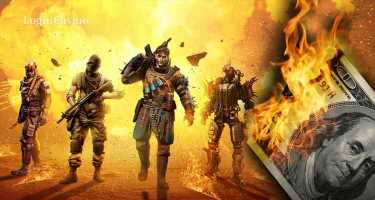 Tencent’s TiMi Studios Brought $10B in Revenue in 2020

The Chinese gaming giant Tencent owns many software development firms, and one of them, TiMi Studios, has brought an astonishing $10B in 2020 solely, which is the biggest contribution. Login Casino follows the most important esports news, describing the success of TiMi and its plans for 2021.

The developer of popular mobile games Call of Duty Mobile and Honor of Kings, TiMi Studios, earned about 10 billion dollars during 2020. As the firm belongs to Tencent, sources say that TiMi has contributed about 40% of the overall giant's revenue, which is reported on the level of almost $23.8B in 2020.

Interestingly, the other two huge studios, Lightspeed and Quantum, brought significant portions of 29% and 26% of the total revenue.

Tencent already invested in the expansion of TiMi

While TiMi Studios is now focused on mobile games as the whole gaming giant, it's planning to enter the AAA market. It means that the developer is going to enter the huge market and produce games for major platforms, including PC, PlayStation, Xbox, and Nintendo. According to the announcement, the first will be the community game based on the movie Ready Player One.

At the moment, Tencent is already building two software studios in Los Angeles, and one of them will belong to TiMi. The company wants to satisfy the creation of intellectual property that will cover and appeal to global needs.

Read more: Why are the best competitive mobile games growing in demand?

Read more: What are the perspectives of investing in esports stocks?