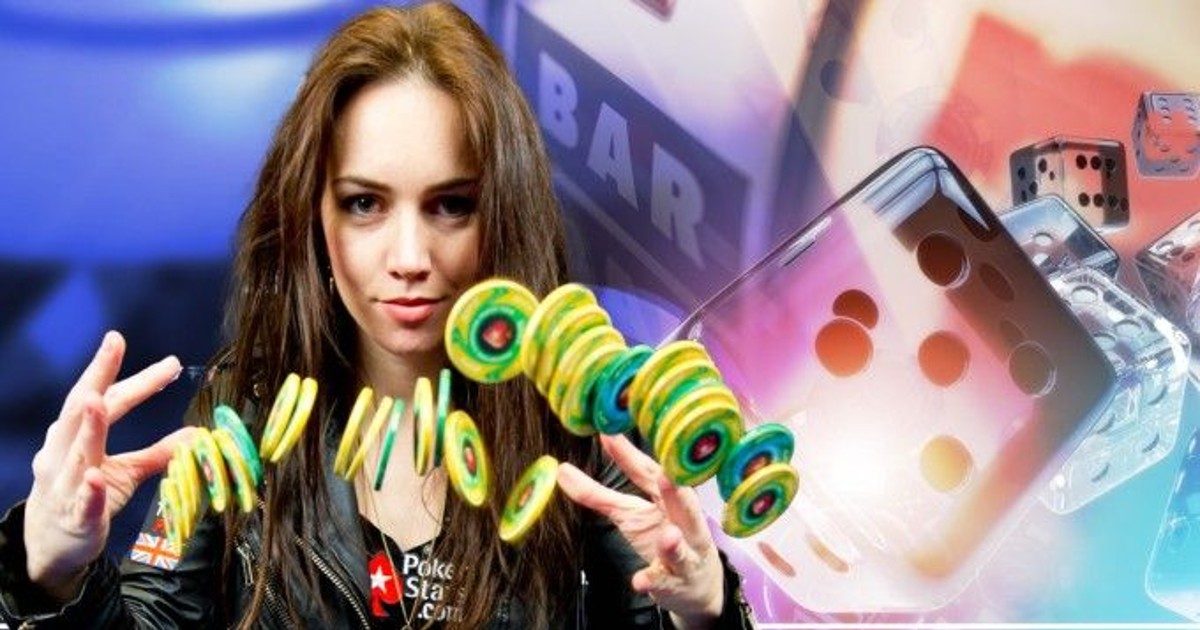 According to a report by Catalyst.org, being a woman in a male-dominated industry can lead to higher stress and anxiety. Women also tend to receive less support and career development opportunities, according to research by Campuzano (2019). Women breaking into male-dominated workplace cultures may also face challenges because of pervasive stereotypes and gender bias.

The point here is that women face challenges because of unconscious bias and overt barriers to entry. This makes it hard for more women to break through. That’s why the females we’ve profiled stand out. They rolled the dice and gambled on making it big in an industry that’s hard to succeed in, regardless of gender.

They’ve gone against gender stereotypes, such as women employees being the caring mother type who can’t lead a team. They’ve shown that hiring women not only creates a positive workplace environment but new opportunities. Women can rise to the top in male-dominated occupations. This, in turn, can inspire other workers to strive for more, especially other women.

Of course, we can ask why women need to work in male-dominated industries. The obvious answers are inspiration and equality. However, when you look at the fantastic females on our list, you’ll see that they’ve done so much more in male-dominated careers. They prove gender doesn’t have to be a limiting factor in business. They’ve shown that, with the right support and focus, females can lead a workforce. So, without further ado, here are the most successful women in gambling.

Our high-profile executives show the work being done by females in executive positions at the world’s largest gambling companies.

We can’t talk about successful women in gambling without mentioning Denise Coates. When it comes to money, power, influence, and longevity, she’s the undisputed queen. In fact, you know Coates is a high roller because she’s always mentioned in statistics of women working in a male-dominated sector.

The British billionaire is the eldest daughter of Peter Coates, the former chairman of Stoke City soccer club. She graduated from the University of Sheffield with a degree in econometrics (the application of statistical methods to economic data). From there, she, along with her father and siblings, created bet365. Using money borrowed from the family’s network of betting shops, Coates turned the domain, Bet365.com, into one of the world’s largest privately-owned gambling companies.

Today, Coates and her colleagues control an empire that handles more than $45 billion in bets every year. Her personal fortune is estimated to be $4.5 billion.

In 2020, her $485 million salary was higher than all of the FTSE 100 CEOs combined. This proves that accepting masculine cultural norms isn’t required to succeed in gambling. If you work hard, overcome challenges, and seize the right opportunities, you can get to the top.

Successful women in male-dominated industries tend to walk well-trodden paths. What we mean is that, even though they’ve been carved by men, there are paths to follow. Well, Jette Nygaard-Andersen didn’t follow one of these paths. She’s been thriving in male-dominated workplaces ever since she got her economics degree from the University of Copenhagen.

Nygaard-Andersen chaired a Danish esports team, which was a rarity at the time. She was also a senior executive at Swedish media company, Modern Times Group. However, it was in 2019 that Nygaard-Andersen became a successful woman in gambling.

She was appointed non-executive director of Entain in 2019. Then, in 2021, she was appointed Entain CEO. She’s now in charge of one of the world’s largest gambling companies and brands such as Partypoker, BetMGM, and Borgata. What’s more, she’s gone against the culture of gambling to become the first female CEO of a UK-listed betting company.

Amy Howe is a businesswoman through and through. Born in New York, she attended Cornell University and graduated with a degree in Business, Management, Marketing, and Related Support Services. Studying those facets of business proved useful as she went on to get an MBA before joining Accenture as an analyst.

Moving up the ladder to become a partner at McKinsey & Company was next, before Howe became CSO at Live Nation. That job led her to the COO position at Ticketmaster and a spot on Billboard’s Women in Music 2015: 50 Most Powerful Executives in the Industry list. Howe was named on that list multiple times before she took charge of FanDuel in 2021.

If there’s ever proof a woman can thrive in male-dominated workplace cultures, it’s Erika Nardini. Barstool is a sports media company that oozes masculinity. Of course, women are welcome to consume the company’s content, but there’s definitely a strong focus on guy culture. Therefore, it’s somewhat ironic that many of Barstool’s most successful innovations have been led by a woman.

Nardini became CEO in 2016 after holding executive positions at Yahoo!, Microsoft, and AOL. Under her watch, Barstool expanded into pay-per-view programming, streaming, merchandising, and multimedia content. Nardini also helped to double the company’s value from $15 million to $30 million in her first year.

Most significantly, she was instrumental in Barstool’s move into gambling. Penn National Gaming bought a stake in Barstool in 2020, and that made Nardini one of the most important figures in US gambling.

If you’ve ever used our recommended online sportsbooks, casino sites, or poker rooms in the U.S., you’ll have been asked to confirm your location. The chances are the software that is tracking you is from GeoComply. Sainsbury, along with David Briggs, created GeoComply in 2011.

She served as CEO for seven years before stepping down. Briggs took charge in Sainsbury’s absence but, in January 2022, she returned to her position at the top of the company. U.S. online gambling apps wouldn’t run without geolocation technology, which is why Sainsbury is one of the industry’s most important figures.

Women who are breaking into industries dominated by men can get ahead of the competition by learning to win at the poker table. These women are some of the best.

Vanessa Selbst didn’t just make it in one male-dominated industry, she’s done it in other fields as well. The native New Yorker first rose to prominence in poker as an online cash game player. As well as winning, she coached thousands of aspiring pros. Success in the live arena followed, including three WSOP bracelets, and a long stint as a PokerStars pro.

By the time she was done with poker, Selbst had won almost $12 million in live tournaments. Being a successful woman in a male-dominated industry gave Selbst a hunger to break down more barriers. She did that by taking a job at Bridgewater Associates as a hedge fund manager. Oh, and if it’s not enough to succeed in two jobs, Selbst has a law degree from Yale and passed her bar exam in 2015.

Vanessa Selbst might be the biggest female winner of all time, but Kristen Bicknell is coming up fast. The Canadian poker pro is an inspiration to women who are breaking into male-dominated industries for a few reasons. Firstly, she’s been extremely successful and, at the time of writing, had more than $5 million in live cashes.

Secondly, even though she’s now in the spotlight, Bicknell isn’t an overnight success. She started playing poker online in 2006, but only hit the big time in the last five years.

Not all successful women in male-dominated industries have stuck to gambling. A great example of this is our crossover star, Liv Boeree. She has specialized training in a variety of areas, including science, and uses these skills to inspire people through various mechanisms.

Liv Boeree first found her niche in poker. As a pro, she won more than $3.8 million and an armful of titles, including a World Series of Poker bracelet and EPT title. Her success at the felt led to a sponsorship deal with PokerStars. She parlayed this into spots on mainstream TV shows. For all intents and purposes, she was poker’s poster girl.

After reaching the top of one male-dominated industry, Boeree branched off into others. Today, she’s putting her degree in astrophysics to good use as a science broadcaster and speaker. As well as educating the masses, she’s an advocate for effective altruism and works with the charity she founded, Raising for Effective Giving (REG).

There are plenty of successful women in male-dominated industries, including poker. Boeree is more than that. She’s a crossover star who, like our other fantastic females, has shown that boundaries are there to be torn down.

Is the gambling industry male-dominated?

There is a certain lack of diversity in the gambling industry. Data from Pinnacle shows that 73% of U.S. men choose sports betting as their preferred activity, compared to just 40% of women. According to the All-Index report, only 29% of gambling executives are females. This tells us that more women need to take leadership jobs and become managers.

Why is the iGaming industry dominated by men?

The statistics of women working in gambling are skewed because of long-standing perceptions. Men have gravitated toward gambling more than women. A survey by Live Roulette found that 82% of men prefer gambling to socializing with their partners. Add to this a stigma surrounding things such as paternity leave, it’s easy to see why the gambling workforce is male dominated.

Are there high-ranking women in the gambling industry?

Denise Coates, Liv Boeree, and Vanessa Selbst have shown that being a woman in a male-dominated industry doesn’t mean taking a back seat and making up the numbers. Leadership positions are possible. Women can be in charge of hiring and firing. They can support women, break societal expectations, and succeed in male-dominated fields in a variety of ways.

Who are some of the most powerful women in the gambling industry?

Denise Coates, Vanessa Selbst, and Jette Nygaard-Andersen are an inspiration for all women who are breaking into industries dominated by men. These women, and many more, thrive as managers, thinkers, and entrepreneurs. They’ve shown that women are just as capable, if not more capable, than men in the workplace.