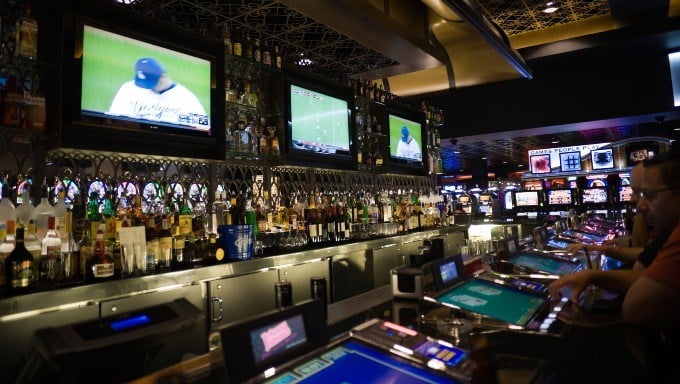 Arkansas casinos made less money off sports betting in February than the previous month.

Of the three, Oaklawn Racing Casino Resort saw the largest decline in the amount of money it won from sports bettors during February.

The casino and historic horse track in Hot Springs won only $1,509 off sports bettors once the winners were paid. In January, the resort won $545,248 from patrons betting on sports, according to Arkansas Racing Commission figures released Monday.

In February, sports bettors wagered $2.12 million at Oaklawn. That figure was down from January’s handle of $3.4 million. The “handle” is the amount of money wagered on sports, before winning bettors are paid.

Arkansas’ other casinos saw lower win totals in February, though the decline was not as steep as Oaklawn’s.

In West Memphis, Southland Casino Racing recorded $302,847 in net revenue from sports betting, down from January’s net win of $515,743.

These win totals resulted from a February handle at Southland of $2.5 million. The January handle was $3.6 million.

The win total from sports wagering at Saracen Casino Resort was $26,645 in February. One month earlier, the Pine Bluff casino won $120,343 from sports bettors.

Saracen’s February handle of $1.2 million was down from January’s $1.7 million.

Until March, sports wagering in Arkansas was only available in casinos at ticket windows or betting kiosks.

Since March 4, however, mobile sports wagering has been legal anywhere in the state.

So far, Southland is the only Arkansas casino to launch mobile sports wagering.

The casino’s Betly Sportsbook is available online for PC and Mac users or with an Android smartphone app. An iPhone app is expected soon.

Oaklawn and Saracen expect to offer mobile wagering in the near future.

Across the country, several states have reported a lower handle in February than in January.

In January, sportsbooks benefitted from having a month with five weekends, compared to only four weekends in February.

January also had an active professional and collegiate football schedule. Week to week, football is the nation’s most heavily wagered sport.

Though the Super Bowl was in February, the first month of 2022 featured 12 NFL playoff games and the College Football Playoff National Championship.