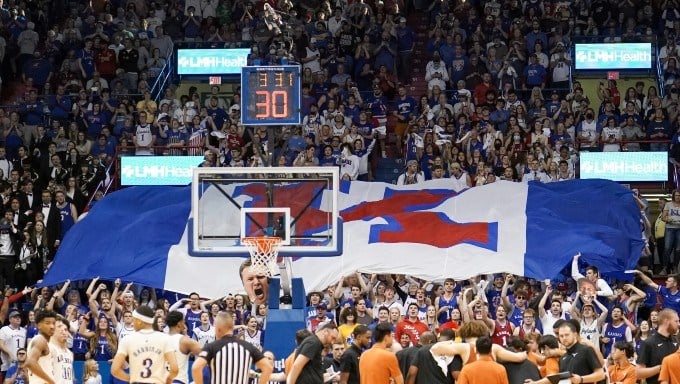 The prospects for sports betting in Kansas took a step forward on Wednesday with sports wagering legislation passing through the state’s House.

SB 84, which would legalize online sports wagering and retail betting, passed with an 88-36 majority after being amended with elements from HB 2740. The bill will now be moved to a conference committee for review. It was a positive outcome for the bill after it stalled in Tuesday’s committee meeting before the House moved the issue to the floor for Wednesday.

Two different versions of SB 84 passed through the chambers. Both sides will be required to produce one final proposal before sending it to Gov. Laura Kelly. Rep. John Barker spoke during Wednesday’s meeting and highlighted how important it is for the two chambers to settle on tax rates. Currently, the House version of the bill would tax mobile sports betting at 20% and retail wagering at 14%, while the Senate bill features an 8% tax on internet sports betting and 5.5% on retail.

An amendment to add 2% of the sports betting tax revenue to treat problem gambling in the state was also added.

“I think it’s time Kansas joined the rest of the country in moving in this direction,” Rep. Vic Miller said. “Doesn’t really do us any good to stand still. Other than it lets money leak out of the state and others around the country make the money.

“So, I don’t have a problem with the bill, but, it does have consequences. I have seen it firsthand. I know how devastating it can be. I don’t think this amendment goes nearly far enough to address it, but at least, it’s something.”

If passed, the bill would allow the four-state-owned casinos to work with up to three mobile sports betting operators.

The Kansas Racing and Gaming Commission would be responsible for acting as the sports betting regulator. Bets would only be permitted on professional and collegiate sporting events and allow residents to bet on in-state teams such as the Kansas Jayhawks or Kansas State Wildcats.

The conference committee is now tasked with working through the bill to make a version that the Senate and House would approve.

Kansas is attempting to legalize sports betting at the same time as its neighbor, Missouri, where lawmakers moved a bill through the House last week.

Kansas is bordered by Colorado, which has its own mobile sports betting market, while Missouri is surrounded by live online sports betting states such as Iowa, Illinois, Tennessee and Arkansas.