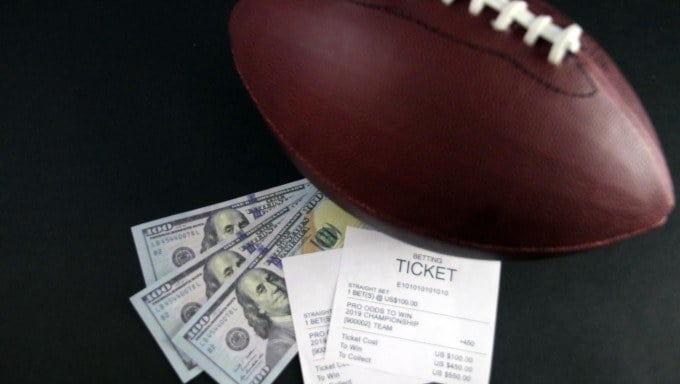 Season-Opening Football Games Not In The Cards For Ohio Bettors

Ohio bettors hoping to wager on early season football games this year might be out of luck.

That’s because operators who want to be a part of sports betting in Ohio have until July 15 to apply for a license, only about a month before football season begins.

If how the process worked in other states is any indication, Ohio’s ability to approve sports betting licenses could take several months.

This means legal bets on early football games this year are unlikely in Ohio.

Football Season Kicks Off In August

The collegiate football season begins this year on Aug. 27, about six weeks after Ohio’s application deadline for sports betting operators.

This year’s full NFL schedule won’t come out until May 12. But the date for the annual Hall of Fame game in Canton, Ohio, has been announced.

The 2022 game, pitting the Las Vegas Raiders against the Jacksonville Jaguars, takes place on Aug. 4.

The NFL regular season usually kicks off in September. Last year, for instance, the Super Bowl-bound Cincinnati Bengals began their regular season on Sept. 12 with a victory over the Minnesota Vikings.

The good news for football bettors in Ohio is that they will be able to wager legally on the NFL playoff and Super Bowl matchups — and on the major college bowl and title games — that take place in early 2023.

In most states, the process to approve license applicants, and to put the rules in place to govern the sports betting industry, can be thorough and lengthy.
For example, Louisiana Gov. John Bel Edwards signed sports betting into law last June in his state.

More than three months later, at the end of October, in-person wagering began inside state-regulated Louisiana casinos. Mobile wagering was launched in January, six months after the governor OK’d the sports betting bill.

In Ohio, the Casino Control Commission will continue to accept sports gaming applications after July 15 deadline.

However, later applicants won’t be assured they can begin operating when the sport betting launch occurs, according to the commission website.

The bill that DeWine signed into law a few days before Christmas last year allows the state to have as many as 50 mobile sportsbooks and 40 land-based betting sites.

The land-based ticket windows can be located at four casinos, seven racinos and 10 professional sports venues, according to a Casino Control Commission report.

In addition, betting kiosks will be available in bars and restaurants with liquor permits.

Bettors in Ohio will be able to wager legally on professional and collegiate sports, as wells as automobile racing, Olympic events and more.