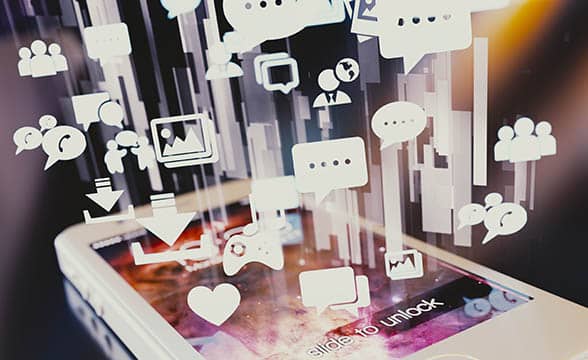 The Betting & Gaming Council (BGC) which represents 90% of all of the UK’s casinos, bingo, online gaming and betting operators, and retail betting shops has reflected on the success of the Safer Gambling Week 2022 that ended on October 23. Special emphasis was put on the incredible reach recorded by the campaign on social media.

Data from the BGC speaks about record-breaking numbers (30 million)  in terms of impressions on Facebook, Instagram, and Twitter. Compared to last year’s numbers, this year’s campaign which also marked the fifth installment of the prestigious event went up 21% in terms of social media messaging. In 2021, the week-long campaign meant to raise awareness about the need for safer gambling practices displayed its messages on major social media platforms 25 million times.

One explanation for the impressive reach of the 2022 event put together by BGC, the Bingo Association, and the British Amusement Catering Trade Association could be the large number of celebrities who expressed their support. Among them, he can mention former soccer player and manager Harry Redknapp who managed prestigious clubs like West Ham United, Southampton, AFC Bournemouth, and Tottenham Hotspur. He was joined by other reputable names in the industry including Celtic’s ex-striker, coach, and sports television pundit for Sky Sports or Premier Sports John Hartson.

The main goal of the event was to initiate a national conversation between bettors, staff members, and friends and family regarding the need to grow safer gambling habits nationwide. At the same time, the campaign wanted to emphasize the tools that can currently be used to assist bettors with staying in complete control of their behaviors, including deposit limits and time-outs. This was done with the help of a series of online and online safer gambling messages conveyed throughout the week.

BGC’s chief executive Michael Dugher further explained that the industry’s commitment to implementing safer gambling practices was not limited to a single week throughout the year, but was rather aimed at “every week of the year.” Dugher added that millions of people in the UK currently “enjoy a bet safely and responsibly,” explaining how the “low rates of problem gambling” reflect the effective work done at the BGC. At the moment, 22.5 million adults place a wager in the UK on a monthly basis. Around 20% of them rely on safer gambling tools to stay in control of their gambling.