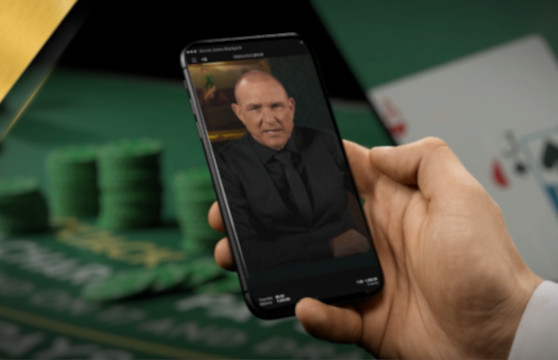 The new game is called Vinnie Jones Blackjack and represents the online casino industry’s first cinematic celebrity blackjack game. Real Dealer Studios’ leveraged its unique cinematic approach to create its latest title. The game takes the players to a members-only club where they can interact with Jones who is the VIP dealer. Besides responding to the player’s actions, he is also dealing the cards and sometimes dropping a “cheeky remark to keep the action rolling,” the developer explained.

“There just hasn’t been anything like this on the market before – an RNG blackjack game with this sort of personal interaction, and starring a celebrity to boot.“

Shane Cotter, Real Dealer Studios’ chief product officer, said that the new game Vinnie Jones Blackjack is unlike anything else seen on the market. He pointed out that the unique title is the industry’s first blackjack RNG game to include personal interaction with a Hollywood celebrity.

The developer used an innovative process called cinematic RNG to deliver a unique experience for its newest title. The process itself was created by Real Dealer Studios and it involves the integration of the RNG game framework with a cinema-quality recorded video. In other words, Jones’ interactions with the players are pre-recorded, while the game itself is live, which creates an immersive casino-like experience for the online players.

Thanks to this approach, Real Dealer Studios takes a major step forward and offers movie-like quality footage in combination with an RNG game. This is undoubtedly an innovative approach considering that previously, such games were limited to computer-generated graphics, the company explained.

The developer’s collaboration with the movie star Jones dates back to February. Under the terms of their deal, the movie star agreed to join Real Dealer Studios and host pre-recorded live games. Consequently, the first game that was launched by the developer featuring Jones was Vinnie Jones Roulette, which was released in mid-September.

Now, the newest title further expands the company’s live games portfolio with the famous movie star. What’s more, Real Dealer Games revealed that the next game featuring the movie star will be Vinnie Jones Stories Roulette, which will launch on November 14, 2022. According to the leading developer, more titles featuring the iconic soccer player and actor are expected to be released next year.