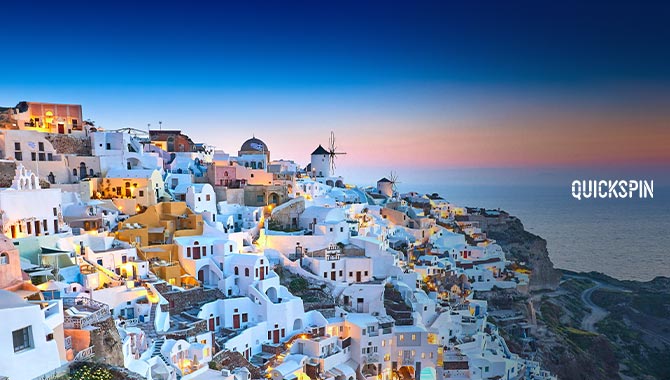 Quickspin is headed for sunnier climes after securing a licence to operate as a supplier in the Greek market.

The Mediterranean country’s regulator, the Hellenic Gaming Commission (HGC), has awarded the Swedish company a supplier licence, paving the way for players in Greece to access Quickspin’s content.

The supplier is known for slots content in particular, such as Sticky Bandits 3: Most Wanted, Big Bad Wolf Megaways and Eastern Emeralds.

Greek players will now have an opportunity to try these games, among others, following Quickspin’s licensure and market entry.

The company’s Chief Executive, former COO Panagiotis Chryssovitsanos, who was promoted to replace Co-Founder Daniel Lindberg in July, said this represents the “culmination of months of hard work.”

“The entrance into the Greek market is the culmination of months of hard work from members of the Quickspin team and I could not be prouder of them for all the effort they put into this project,” Chryssovitsanos remarked.

“Our presence in this market forms part of our wider strategic plans to be active in every regulated market and provide players with a safe, sustainable and entertaining gaming experience, so to add this one to the list feels incredibly good.”

His fellow executive, Chief Commercial Officer (CCO) Anthony Dalla-Giacoma, was similarly excited about the opportunities in the Greek market.

He commented: “We are thrilled by the reception our games have received on the first days back in the Greek market and I look forward to working with more local partners in the near future.”