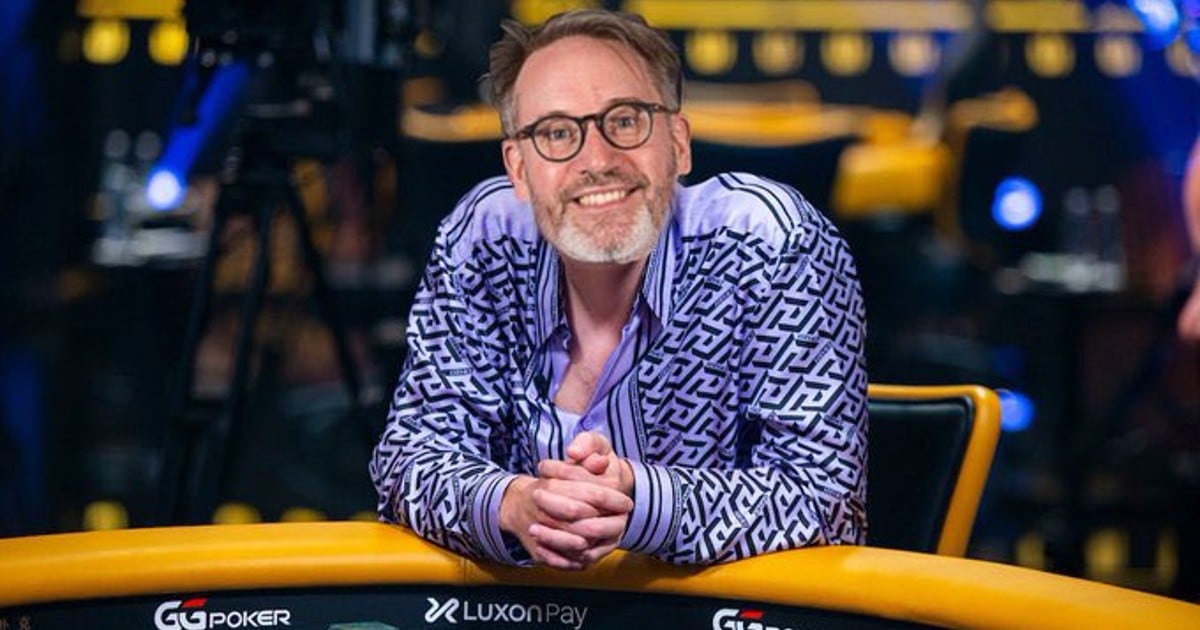 This week’s Twittertainment shows that nice guys don’t always finish last. In fact, when the cards fall the right way, fan favorites like Sam Grafton not only finish first, they win $5.5 million.

Grafton is one of poker’s perennial good guys and, on Monday, he set the Twitter world alight by winning his first Triton title. He has been grinding on the circuit for more than a decade and this week’s win marks the pinnacle of it so far.

The Englishman honed his skills in places like London’s now defunct Gutshot poker room back in the 2000s. He quickly rose up the ranks and, today, he’s one of the game’s most popular players.

Grafton’s rapport with his fellow pros is only matched by his accomplishments on both sides of the digital divide. That’s why it came as no surprise his Triton Cyprus victory caused a social media storm.

Sam Grafton Goes from the Bottom to the Top

Grafton, who is known online as SquidPoker, has won multiple online majors, including PokerStars’ Sunday Warm-Up. He’s also cashed in dozens of live events, winning five of them outright before he took down the $200,000 Triton high roller on Monday.

Because of his positive persona, status within the community, and achievements at the poker table, Grafton was recruited by PokerStars in 2021. Getting recognition from one of the industry’s biggest brands clearly boosted his confidence because he’s been on a tear ever since.

Good Guy Grafton Gets it Done in Cyprus

Riding the crest of a wave, he anted up alongside 89 other players in the $200,000 Coin Rivet Invitational. With 25 re-entries pushing the prize pool to $23 million, Grafton secured his biggest-ever win after beating Linus Loeliger heads-up.

Congratulations to all our winners and especially to @SquidPoker, your Triton Poker Cyprus $200k @CoinRivet Champion!

Grafton’s performance not only captured a Triton title but the attention of poker players around the world. Everyone from England’s finest to poker’s international stars came out in force to congratulate one of the game’s most popular players.

Yes @SquidPoker take a bow!!! Top result for a top guy! Chuffed to bits for you mate. Huge congratulations!
🏆🤩🙌🏻🔥🌟🥳

Yes! One of my favorite people to play against, back in the day, so good to all of those in the industry and just the nicest bloke! Great job bud! 🦑

After taking a day to recover and letting his accomplishment sink in, Graton took to Twitter. As well as thanking people who wished him well, Grafton praised the tournament organizers for running an impressive event.

Feeling very blessed to run so pure at the very highest stakes in such a unique and enjoyable tournament format. Some of the most fun I’ve ever had playing cards. https://t.co/sBTAP5VUgw

He also took a moment to acknowledge that great victories are almost always accompanied by a great run of cards.

“Feeling very blessed to run so pure at the very highest stakes in such a unique and enjoyable tournament format,” Grafton Tweeted.

However, when all is said and done, you can’t win a $200,000 buy-in poker tournament without playing well.

“Some of the most fun I’ve ever had playing cards,” Grafton continued.

Grafton has demonstrated over the years that he’s one of the top players on the circuit, and winning a Triton title, plus $5.5 million, is a testament to that. And, perhaps most importantly, he had fun getting it done.