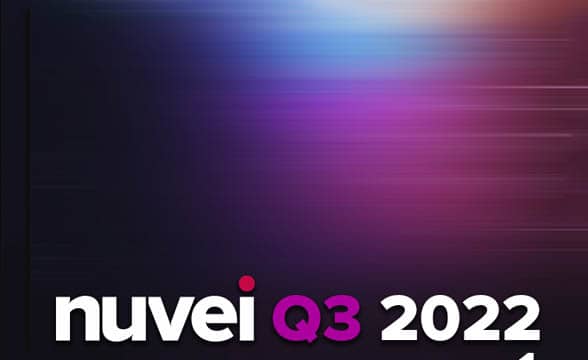 Montreal-headquartered global payments technology company Nuvei has reported its revenue for the third quarter of the year. The company posted a slight quarterly year-on-year increase but was negatively affected by currency exchange rates.

Nuvei said that it earned revenue of $197.1 million for the period, which represents a 7% increase on 2021’s results. Despite the favorable number, Nuvei reported that its revenue was negatively affected by changes in foreign currency exchange rates.

Overall, Nuvei has so far recorded revenue of $623 million for the nine months ended September 30 200. This represents a 22% increase and is considered favorable despite the currency-related headwinds. Net income for the nine months decreased from $94.7 million to $52.6 million, reflecting a continuous trend. AEBITDA has so far increased by 16% and is currently $265.6 million.

Q3 was also a period of improvement for Nuvei. The company successfully enhanced its platform architecture and infrastructure, allowing it to support a higher number of transactions per second. Nuvei also grew its alternative payment methods portfolio to 586, allowing it to suit the needs of many companies across the world. This is in line with the company’s ambition to expand globally and serve multiple markets at the same time.

Lastly, Nuvei enhanced its team with new specialists and received licenses to operate in Maryland and Kansas.

Philip Fayer, Nuvei’s chief executive officer and chairman, said that his team is very pleased with the results for the quarter. Despite the problems with the conversion rates, the company’s results exceeded the financial outlook Nuvei previously provided.

We’re executing on our strategic initiatives and with the momentum we’re experiencing in the business year-to-date through October, we are increasing certain metrics as well as reaffirming the outlook for the full year 2022. We are also reiterating our medium and long-term targets.

In other news, a few weeks ago, Nuvei inked a payment agreement with Lottomatica.