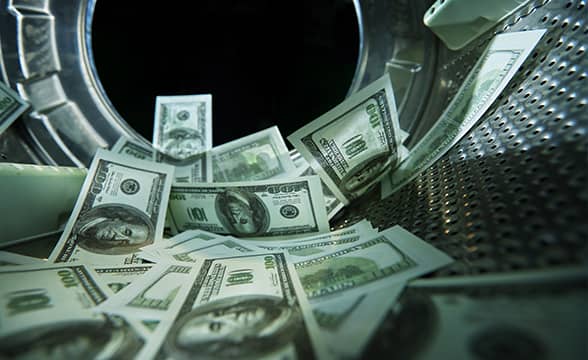 broadcast of a game that was so strange, and caused so much controversy while it was happening, that it was destined to go viral. Nevertheless, apparently, that’s exactly what happened right after the infamous Lew game that was played towards the end of last month.

Hustler Casino Live’s cheating scandal involving Robbi Jade Lew takes a turn, with a now-former employee – Bryan Sagbigsal, 24 – standing accused of stealing $15,000 from her pool of chips on the table and is still wanted by the police. With Lew initially deciding not to press charges for the theft, there was no victim, so Gardena Police Department officers had no grounds to conduct a police investigation. That wasn’t the case with High Stakes Poker Productions – the owner of Hustler Casino Live – though, as the company decided to move forward with its own internal investigation.

One can easily imagine that cheating and grand theft aren’t good news for business, and could threaten the production, which has Gardena casino games streaming five days in any given week on its platform. High Stakes Poker Productions’ investigation is not yet concluded, with the company escalating its approach to reportedly hiring a private investigator and cybersecurity experts. The Los Angeles Times reported that a final report might not be ready any time soon, outlining that the company is going to dig deep, regardless of time cost, in order to get to the bottom of the situation.

Sagbigsal was a production employee at Hustler Casino Live, and was reportedly in the control room during the game. The theft allegedly happened after the broadcast of the game had ended, while Lew was away from her seat at the table. While Lew initially seemed to think that simply stating she wasn’t colluding with Sagbigsal in any way was enough, as the heat around the scandalous game kept turning up, she seems to have taken it much more seriously.

A lot of Speculation

Poker Twitter blew up with both stories, with everyone frantically speculating about what might have happened, whether or not Lew cheated or misread her cards, and of course – the bizarre theft. Lew went all in with a jack-high and her winning the now infamous $269,000 hand against Garret Adelstein started to bring into question whether she was cheating somehow. Receiving some external help was passed around as a possibility during the discussion.

As speculation grew, even the act of Lew giving Adelstein his money back was shrouded in controversy and conflicting reports. Some would say that Lew was the first to offer it, while others claimed she only did so because she was forced to do it. Something that is clear in this whole story, though, is that Sagbigsal did remove three $5,000 chips from the table and – at least for now – is still managing to evade being arrested for it.