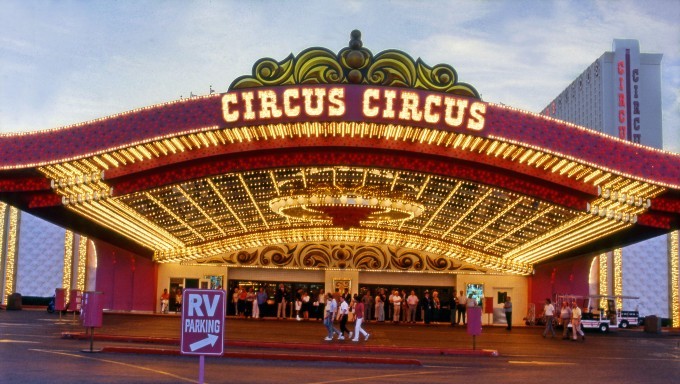 One of the few remaining Las Vegas Strip resorts dating to the Mob era is getting a makeover.

For the past three years, Circus Circus hotel-casino has embarked on a $30 million renovation to spruce up the property at the northwest end of the resort corridor, according to the Las Vegas Review-Journal.

That section of the Strip has lagged in recent years. However, the area saw a boost with the 2021 opening of the $4.3 billion Resorts World Las Vegas and upgrades at the Sahara Las Vegas hotel-casino.

Circus Circus, which opened Oct. 18, 1968, is known for its carnival atmosphere, including trapeze acts and other big-top shows above the casino floor, as well as midway games with winners being awarded stuffed animals.

Decades ago, journalist Hunter S. Thompson wrote that Circus Circus Las Vegas “is about four stories high, in the style of a circus tent, and all manner of strange County-Fair/Polish Carnival madness is going on up in this space.”

The current facelift began in 2019 when businessman Phil Ruffin bought the resort for $825 million from MGM Resorts International. The Texas native also owns the small Slots-A-Fun casino near Circus Circus and the Treasure Island hotel-casino, known as the TI, also on the Strip.

The upgrades at Circus Circus include an increased swimming pool capacity, additional rides at the Adventuredome covered amusement park and a new paint job.

Shana Gerety, the resort’s senior vice president of operations, told the newspaper the intent is to restore the property to its “glory days.”

“We want to get back to the bright pinks and purples and blues,” she said, adding the goal is to make it “feel more like a circus.”

Casino Once Linked To Mob

Though Circus Circus no longer is linked to the Mob, at one time it came under scrutiny for its affiliation with underworld figures.

“With Civella — and others — getting their muzzles into the henhouse, Circus Circus became one of the most notorious Mob haunts on the Strip, with suitcases of cash dispatched back to Kansas City and Chicago under the watchful eye of Carl Thomas, a Civella associate,” Las Vegas historian David G. Schwartz said on the website.

The property’s underworld affiliation didn’t end with Civella and Thomas.

At one time, mobster Tony “The Ant” Spilotro, the Chicago Outfit’s overseer in Las Vegas, ran a jewelry and gift shop at Circus Circus. In the 1995 Las Vegas Mafia movie “Casino,” actor Joe Pesci portrays a character based on Spilotro.

In 1986, Spilotro and his brother, Michael, were beaten to death by other mobsters at a Chicago-area residence and buried in an Indiana cornfield.

By the 1970s, Mob influence in Las Vegas casinos was winding down, as corporate casino ownership took hold.

Most Las Vegas Strip casinos once connected to the Mob, including the Stardust, Sands, Riviera and Dunes, have been demolished.