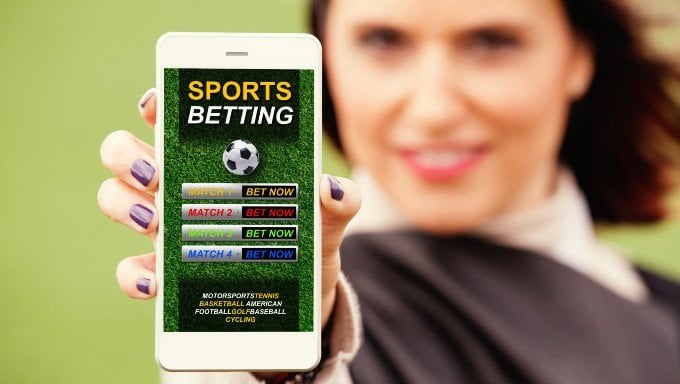 The bill, sponsored by Rep. Zack Stephenson, passed by a 9-6 vote and now heads to the Taxes Committee. Previously, the bill passed through the Commerce, Finance, and Public Policy and State Government Finance Committees.

“Let’s be clear from the onset that sports betting is already happening here in Minnesota,” Stephenson said during the virtual hearing. “We have a robust black market here with estimates over $2 billion in black market activity. People just use shady websites or digital workarounds and other means to place bets.

“What this bill is about is creating a legal market and that will displace the black market and in doing so, provide consumer protection, ensure the integrity of the game and limit money laundering and other illegal activities.”

Andy Platto, the executive director of the Minnesota Indian Gaming Association, reiterated the support the tribes have for Stephenson’s sports betting bill.

Stephenson worked with the tribes to gain their backing. In the past, Minnesota’s tribes have opposed expanding gambling since most of their revenues depend on casinos. Under this bill, the tribes would keep all the profits from their casinos and would receive 5% of the total amounts wagered online. The tribes would also be allowed to partner with operators such as FanDuel and DraftKings.

“The impact of sports wagering expansion has been a positive one, but only when the authorizing legislation is carefully crafted to ensure that tribes play a critical roles in bringing the marketplace to consumers,” Platto said. “In concept, House File 778 does recognize that the tribes, as the state’s gaming expert, are best positioned to operate Minnesota’s sports betting market, both in retail and mobile environments.”

Sam Krueger, the executive director of the Electronic Gaming Group, opposes the amount of influence the tribes have under the bill. He mentioned how the charitable gaming industry produces nearly $3 billion and is done in numerous locations in the state already and deserves to be recognized under an expanded gaming bill.

“This bill would be much more palatable to the charities of our state if it can include protections for our existing games, as well as allowing us new ways to draw customers to compete for our state’s finite entertainment dollars,” Krueger said.

When it came time for other representatives to ask questions, Rep. Peggy Scott was wondering why Stephenson didn’t make the state’s Commissioner of Public Safety available to discuss the proposal.

“There’s a lot of references to where the commissioner may impose civil penalties and violations … all sorts of penalties the commissioner is going to be allowed to develop, but we don’t know what those are, what the plans are,” Scott said. “That’s the reason the bill is in our committee, and we can’t even hear from the commission on how this might unfold.”

Stephenson replied that it wasn’t feasible to ask a state commissioner at 5:30 p.m. the day before an 8:30 a.m. hearing to show up. He also mentioned the bill was referred a week ago, so if the commissioner’s presence was required, they could have asked further in advance.

“Rep. Stephenson, this is your bill and the reason this bill is in our committee is because of civil penalties,” Scott replied. “You would have maybe thought since those were going to be written by the Commissioner of public safety that you would have had the forethought to have him come to our committee.”