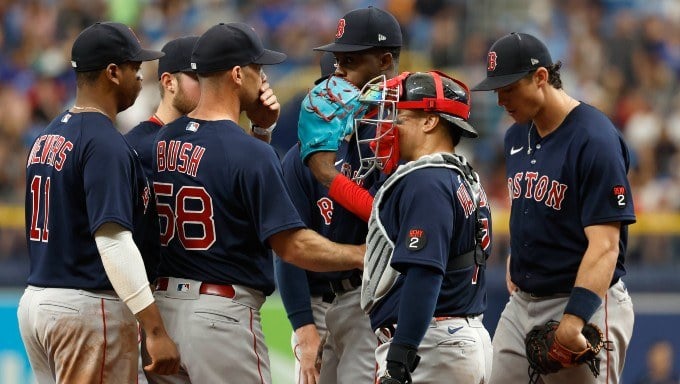 A key vote in Massachusetts’ attempt to legalize sports betting could come this week after the Senate Ways and Means Committee passed a sports wagering bill on Friday.

The bill now moves to a Senate vote this week. If legislators approve the bill, they will have three months to work on a version to send to Gov. Charlie Baker, a proponent of legalized sports bettingin the state.

“I am pleased to see the committee has come to an agreement on a strong proposal, and I look forward to discussing it with my colleagues next week,” Senate President Karen Spilka said Friday.

Baker and the House have been proponents of bringing a new sports betting market to Massachusetts since the U.S. Supreme Court in 2018 allowed states to legalize sports wagering.

Last July, the House approved a sports betting bill by a 156-3 margin. Other nearby states have already launched sports betting, including New York, Connecticut, New Hampshire and Rhode Island.

But the bill passed by the House a year ago and the one that passed through the Senate Ways and Means Committee differ in one key aspect: in-state collegiate wagering.

The Senate’s bill bans betting on college sports, meaning Massachusetts residents would not be able to bet on local college football or Massachusetts basketball teams in March Madnesstournaments.

University officials from Boston College, Harvard, Holy Cross, Northeastern and Boston University have been outspoken about not allowing betting on college sporting events. They worry about the integrity of the game and the risks it poses to student-athletes.

If the House bill becomes law and residents are able to bet on college sports, it’s estimated to produce nearly $60 million in revenue for the state.

The Senate bill is projected to make between $25 million and $35 million without in-state college sports betting.

Other Differences in Bills

Another key difference between the House and Senate bills is the tax rates. The House would tax 12.5% for retail sports betting and 15% for mobile, while the Senate’s rates are at 20% for retail betting and 35% for online.

The House bill would also allow for at least 11 online sportsbook licenses, two more than the Senate.