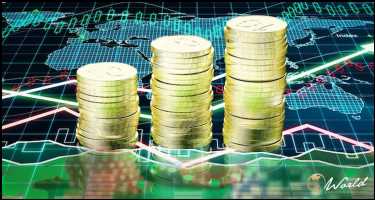 The casino hotspot of Macau reportedly attracted more than 182,000 visitors during the recent ‘Golden Week’ holiday period with approximately 89% of these having travelled into the former Portuguese enclave from mainland China.

According to a report from GGRAsia citing official information from the Macao Government Tourism Office, the figure for the first seven days of October represented a rise of over 1,900% when compared with last year’s coronavirus-impaired tally of just 1,166. The source also detailed that the daily average ‘Golden Week’ tally of some 26,000 was an impressive 32.8% higher than the analogous sum for the whole of September.

The Macao Government Tourism Office reportedly declared that the most recent ‘Golden Week’ visitor figures had ‘exceeded’ its own expectations and pointed to a ‘gradual restoration of travellers’ confidence in Macau’ as a tourism destination. This optimism was purportedly topped by the fact that 37,000 visitors had entered the city on October 1, which was the second highest figure this year and the busiest since the enclave endured an eleven-day coronavirus-induced casino lockdown in July.

GGRAsia cited figures from the Macao Government Tourism Office as showing that hotels in Macau had racked up an average ‘Golden Week’ occupancy rate of 66.7%, which was 28.1% higher than the September median. This tally is purportedly all the more impressive due to the fact that China’s National Health Commission had prefaced the seven-day holiday period by calling on mainland residents to avoid long-distance travel so as to help stop the spread of coronavirus.

All of this seems to have proved very lucrative for the almost 40 casinos in Macau as GGRAsia used a subsequent report to note that the city’s average daily gross gaming revenues for the first nine days of October came in at almost twice as high as the corresponding tally for September. The source cited a Monday filing from American investment bank JPMorgan Chase and Company as noting that the most recent figure of roughly $23.49 million easily surpassed last month’s $12.24 million median to take the nine-day figure to well beyond $210.25 million.

However, JPMorgan Chase and Company analyst DS Kim reportedly pronounced that the most recent average daily ‘Golden Week’ gross gaming revenues figure was still only around ‘15% to 20%’ of the tally for the same seven-day period in pre-coronavirus 2019 when it had surpassed $123.68 million. Nevertheless, the experienced professional purportedly described the result as ‘respectable’ given that Macau has yet to benefit from the planned resumption of package tours and local eVisa schemes.

Reportedly read a statement from Kim…

“By segment, we estimate mass gross gaming revenues have recovered to 30% to 35% of pre-coronavirus ‘Golden Week’ levels versus VIP at a mid-single-digit recovery.”