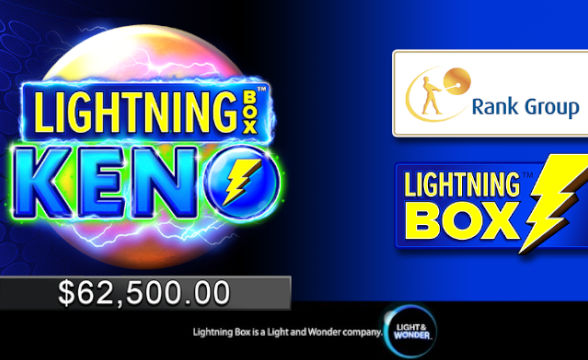 Light & Wonder’s in-house game developer, Lightning Box, has introduced its first-ever keno table game, which will further elevate the company’s portfolio of options when it comes to iGaming products. This is a debut title for Lightning Box which will serve as the basis of further expansion in the vertical, depending on player reception and the company’s own read of demand for the product in the industry.

Keno lets players choose from a grid of 80 numbers with 20 numbers being randomly drawn and displayed on the grid. If at least two numbers of those match, the players are awarded a win and paid out a prize based on their stake. The game comes with a special lightning bolt symbol, and having six numbers with such a symbol will trigger the respin round.

There are also 2×2 and 3×3 Colossal symbols which can also appear on the reels and they will trigger the Mini, Minor, Major and Grand jackpot prizes, with the symbols also capable of resetting the three respins.

The game will be first available exclusively on Rank Interactive for a period of two weeks before it’s moved onto the OPENGAMING platform, which will then help with distribution efforts and make the option more popular in the long term. Commenting on this release, Lightning Box operations manager Michael Maokhamphiou said:

Keno is our first table game, and we are thrilled to couple the unique gameplay offered by this title with our player favorite mechanic lightning respin.

According to him, the addition of popular features from previously successful Lightning Box games and adding them to a keno setting is what is going to make this first foray into the segment a success. Light & Wonder VP game development Rob Procter was similarly pleased and said that the new release clearly demonstrated how capable Lightning Box is of building titles that innovative verticals.