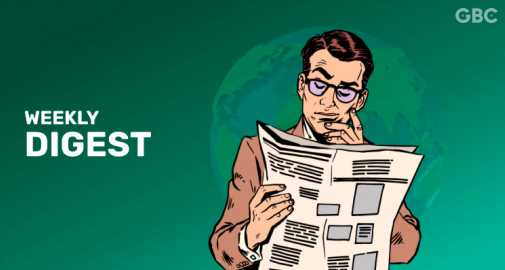 Belgium will have to postpone the gambling ban due to the European Commission's decision. In the UK, the regulator wants to discuss video games from a gambling perspective. Meanwhile, Portugal is looking for new operators for its two top terrestrial casinos. Albania will consider the idea of ​​returning legal betting. And the UK Gambling Commission has discovered a new lawbreaker in the online segment.

The Belgian government had to postpone the ban on gambling advertising in the country. This was due to the fact that the European Commission responded to the request of the Maltese authorities and extended the standstill period for the law's implementation.

Since Belgium is a member of the European Union, other countries from it can challenge laws that violate the consumer rights of the Union’s residents.

The Belgian authorities plan to ban almost all forms of gambling advertising in the country. The only exception is the National Lottery. Before the Maltese appeal to the European Commission, the standstill period was supposed to end on August 9. But now, Belgium will only be able to revisit the gambling ban one month later, on September 9. And this royal decree is not immune from some extra challenges from the EU states.

The UK Gambling Commission has shared a discussion paper regarding the new gambling formats that are emerging in the video game world. In this document, the regulator focuses on virtual currencies and various in-game items like “skins” that players can wager on special sites. The commission believes that titles containing such features can become a link between video games and real money gambling. And if that is the case, numerous minors will come one step closer to gambling addiction.

The regulator wants to start a discussion on whether the government should equate such video games with online casinos and other platforms that need a license. Besides that, UKGC pays attention to esports betting, which also gradually introduces teenagers to the idea of ​​real money wagering. To participate in the discussion, anyone who is interested in this issue needs to leave a reply on the UKGC official website before the end of September.

Two of Portugal's most successful land-based casinos, the Casino Estoril and the Casino Figueira, will reportedly find new operators in the near future. The Portuguese gaming regulator the Servicos de Regulacao e Inspecao de Jogos (SRIJ) has launched an international tender. And the winners of this tender process will be able to manage the casinos for 15 years.

SRIJ stated that potential licensees will be able to submit their applications until mid-September. The regulator also noted that new gambling operators will be able to renew their licenses for five years.

The tender was opened because Sociedade de Turismo e Diversoes de Macau, the company that operates the casinos now, can remain a licensee only until the end of 2022 only.

The Albanian government has received an inquiry regarding betting from the Olympic Committee and several sports federations. The organizations are asking the authorities to create a regulated market that will contribute to the sports industry through betting revenues.

Back in 2019, Albania implemented a law to ban all major gambling formats. This led to the closure of numerous betting companies that had thousands of outlets throughout the country. And while the sports federations supported the gambling ban at the time, they are assured that the betting industry can help Albanian sports tremendously today.

To rationalize their appeal, the organizations refer to many Western countries that have successfully capitalized on the licensed betting business. On top of that, they believe that the growth of a regulated market will help the country prevent the rise of illegal betting.

In the UK, a gambling operator was fined $1.36 million

The Spreadex Limited gambling operator received a substantial fine from the UK regulator. The Gambling Commission decided to punish the company financially after an investigation. According to the Commission, Spreadex Limited has violated certain legal provisions regarding social responsibility and anti-money laundering.

UKGC's representatives noted that they are disappointed that operators are still not putting more effort into creating a safe gambling market. The supervisory authority warns that other companies must ensure that they comply with all legal regulations, including AML policies, preventive measures against gambling addiction, etc. Any other operator that ignores these crucial aspects will face significant financial repercussions.

Read more: How to invest money in gambling