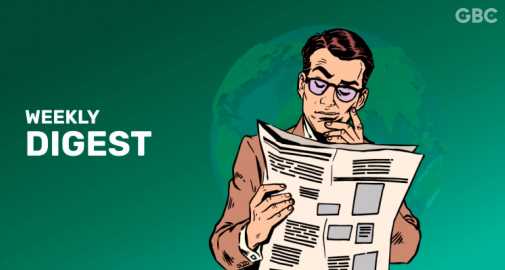 The Malta Gaming Authority is stepping up its player protection efforts. Norway is investigating suspicious gambling transactions at local banks. Meanwhile, the UKGC fined one of the BetConstruct brands. In Spain, stricter lottery advertising rules will be implemented. And Romania is working on a total ban on gambling ads.

The Malta Gaming Authority (MGA) has revised its Player Protection Directive and changed some significant provisions. From now on, gambling operators that operate under the MGA license will be required to monitor specific markers of harm when serving players.

The new rules imply that B2C companies must come up with effective processes for detecting gambling addicts. To cope with this task, operators will need various analytical tools that help identify the behavioral patterns of each gambler.

If the licensee detects any problematic markers on a particular player, it will be required to take steps to protect that user from financial collapse. For example, too frequent deposits and cancellations of withdrawal transactions will be considered such indicators.

Lotteritilsynet, which is the main Norwegian regulator, has reported that more and more banks are reaching out to their customers to discuss payments for unlicensed operators. The Sentio's thorough research has shown that 8 out of 10 Norwegian banks have specific procedures when it comes to transactions related to illegal gambling sites.

According to the regulator, the same study conducted in 2020 found that 6 out of 10 banks had such routine processes. Therefore, banks have begun to encounter questionable gambling transactions 20% more often over the past two years.

Seven of the banks surveyed said they warned their customers about the harmful effects of interacting with illegal sites. But at the same time, only every fourth bank provided customers with information about the importance of responsible gambling.

Vbet has been heavily fined in the UK

BetConstruct's Vivaro Limited (Vbet), a brand that focuses on B2C iGaming and sports betting, will have to send £337 631 (€381 000) to the UKGC due to a new breach. A long-term investigation proved that Vbet violated not only anti-money laundering provisions but also player protection rules.

The commission stated that it was studying Vbet activity for 2020 and 2021 and found significant failings in terms of the mentioned aspects. When the company pays this massive fine, almost all of this amount will be used for socially significant purposes.

National Gambling Strategy projects will receive £302 500 to further research the excessive gambling problem and methods of its treatment. As for the Commission, the regulator will receive £15 606.50 for its needs.

The Spanish regulator Directorate General for the Regulation of Gambling (DGOJ) plans to tighten advertising laws for lottery draws and companies promoting them. The idea here is to apply current advertising restrictions relevant to gambling operators to lotteries. DGOJ published a draft resolution on these reforms on its official website this week.

The proposed changes would mean that lottery companies would have to use national databases to verify their customers' age. If customers are under the age limit, operators will need to inform them of this and deny them the sale of lottery tickets.

Another meaningful change concerns lottery websites, which will have to confirm their authenticity through a special seal. Besides that, partners that contribute to lottery marketing will also need to sell tickets as transparently as possible.

Romania is ready to get rid of gambling ads

The Romanian supervisory authority supported the ban on betting and gambling advertising that was proposed by the 2022 draft law. The local parliament began considering a potential ban last fall. The National Audiovisual Council (CNA) voted unanimously to implement this law.

One of the CNA representatives, Mircea Toma, noted that such strong support for the new legislative project is due to data from a recent report provided by the World Health Organization. Since gambling addiction is considered an “extremely serious mental illness” in this document, the Romanian authorities want to protect their citizens from it by all means available.

Toma also explained that numerous incidents such as broken marriages and suicides are due to problematic gambling. And this factor also played a key role in supporting the new bill.