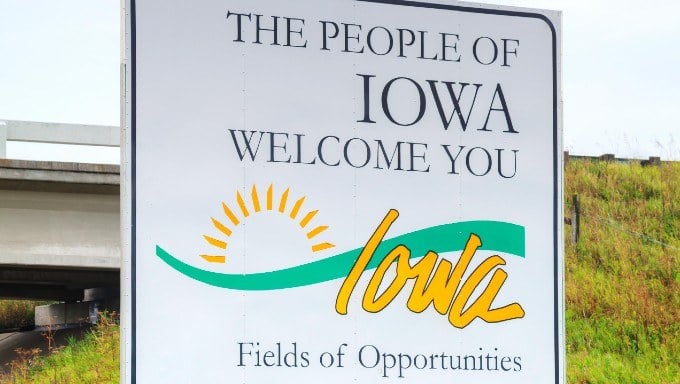 Sports betting in Iowa numbers fell by double-digits from January to February this year.

The sports betting handle went from $303.3 million in January to $215.9 million in February, a drop of 28.8%, according to Iowa Racing and Gaming Commission figures released Friday.

The falloff can be attributed partly to the number of weekends in each month. January had five weekends, while February had four. In addition, January was packed with major football games, including 12 NFL playoff matchups.

Also in January, the College Football Playoff National Championship game between the Georgia Bulldogs and Alabama Crimson Tide took place in Indianapolis. The Bulldogs won their first national championship since 1980 on Jan. 10 by beating Alabama 33-18.

While February only had four weekends, its handle was boosted by active wagering on the Super Bowl, held Feb. 13 in Inglewood, California. The Los Angeles Rams defeated the Cincinnati Bengals 23-30 in the NFL’s marquee event.

The mobile sports wagering handle in Iowa roughly mirrored in the overall sports betting results. Mobile wagering accounted for the majority of sports betting the state.

The February mobile wagering handle went from $275.8 million in January to $195 million in February, a falloff of 29.3%.

Among all online bookmakers in Iowa, Caesars Sportsbook had the largest handle in February, at $61.9 million.

Sports betting is allowed in person at Iowa casinos and on mobile devices.

Beginning in January 2021, bettors wanting to download a mobile sportsbooks no longer had to register or fund it in person at a casino.