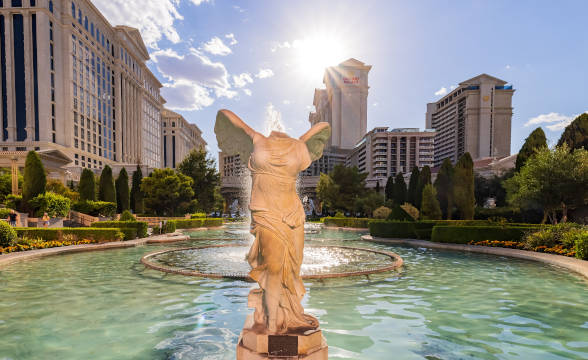 A class action against casino giant Caesars Entertainment has been filed in Louisiana on charges that the company has been robbing its customers of small proportions of their winnings due to its unjust payout policy.

Louisiana resident Mike Young, who has been a frequent customer at Caesars Entertainment’s Horseshoe Casino and Hotel in Bossier City, has filed a class action against the casino giant.

The lawsuit accuses the company of keeping the change on Gaming Vouchers, thus, earning millions of dollars from the hundreds of thousands of vouchers that patrons redeem at Caesars Entertainment’s casinos across the US.

According to the class action, Caesars casino kiosks round the amounts they are supposed to pay out to their customer to the nearest dollar, which in practice means that if a customer has won $100,50, Caesars casinos will keep $0,50 and the customer will receive only $100,00.

Additionally, Young also accuses Caesars Entertainment of not informing its patrons of this practice. In the class action, it is stated that players are not aware that their winnings payout will be rounded down and that they will not receive a small proportion of the money.

Mike Young has filed a class action in order for other Caesars customers who have also suffered from this unjust practice to join in.

Young calls on all people who visited Caesars Entertainment casinos across the United States after September 23, 2012, and were deprived of their chance to take part in the legal case.

The charges against Caesars Entertainment involve violations of the agreement with players, conversion, and unfair enrichment.

The class action will pursue a financial compensation of a yet unknown amount for Young and all other plaintiffs involved in the case and reimbursement of any incurred legal costs.

A similar class action lawsuit has been filed against MGM Resorts in the state of Mississippi. It alleges the same practice that can be seen in Caesars Entertainment’s venues.

MGM Resorts has a corresponding policy in place. When a guest is cashing out the casino will round the owed amount down to the nearest dollar effectively depriving patrons of their change.

The class action against MGM Resorts is also nationwide and more people are expected to join in as plaintiffs.

It includes the same charges of breach of contract and unfair enrichment as the lawsuit against Caesars Entertainment.