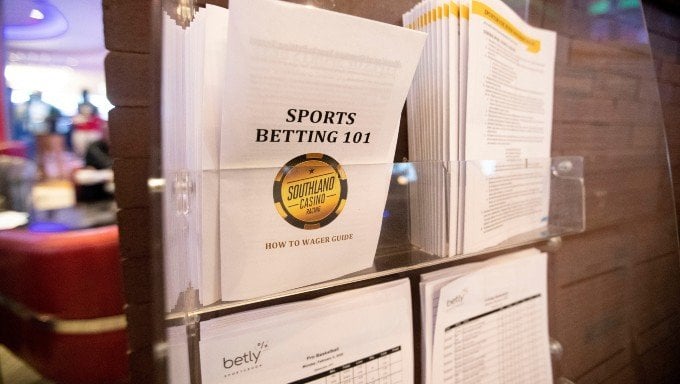 The Betly Sportsbook app is live in Tennessee.

With the launch, Betly Sportsbook users in the state are eligible to receive up to $250 in risk-free bets. The mobile app is available for iPhone and Android users and can be downloaded from the Apple and Google Play app stores.

Currently, 13 mobile sportsbooks are licensed to operate in Tennessee.

Tennessee sports betting is mobile-only, with no legal casinos or brick-and-mortar sportsbooks.

Betly Sportsbook is owned by Delaware North, a gaming and entertainment company based in Buffalo, New York. The company name derives from the intersections of Delaware Avenue and North Street in Buffalo. The privately held company once was headquartered at that location.

In Tennessee, bettors using any of the legal apps, including Betly Sportsbook, are allowed to wager on events in 35 categories.

These categories range from major sports such as football and basketball to those that receive less attention, including darts, handball and bare knuckle fighting.

Several of the 35 betting categories include multiple leagues under one heading.

For instance, the “football” category includes:

Some categories, such as the sport of cornhole, only have one league entry. That sport’s single entry is the American Cornhole League.

While these 35 categories are available for Tennessee bettors, state regulators in April suspended all wagering on Russian and Belarusian events and leagues. This occurred in response to Russian’s invasion of Ukraine in late February.

The betting ban does not include leagues outside of Belarus and Russia, such as the NHL, whose teams have players from those prohibited countries. NHL betting is still allowed in Tennessee.

Earlier this year, when mobile sports betting in Arkansas was legalized, Betly’s mobile and online platforms became the first to launch in the state.

The casino is just across the Mississippi River from the larger Memphis, Tennessee, metropolitan area.

The resort recently opened a 300-room hotel with more than 60 suites and 12 penthouse suites on the top floor.

Southland also is home to a greyhound racetrack, though dog racing is being phased out at Southland and will be eliminated at the end of 2022.

With no casinos in Tennessee, Southland has developed a customer base over the years from Volunteer State residents crossing into Arkansas to visit the casino and dog track.

“Just like in Arkansas, Betly Tennessee is coming from Southland, a trusted brand with local roots,” she said.