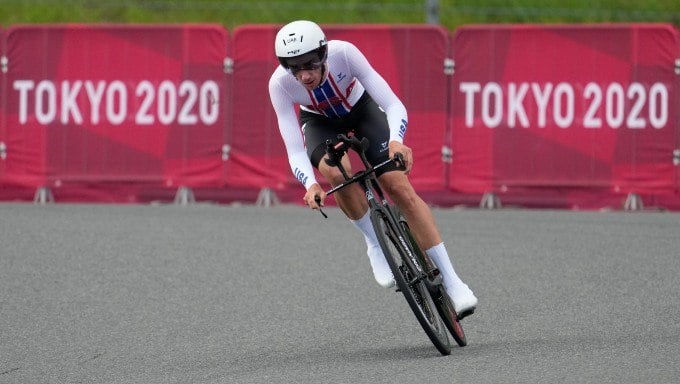 This year marks the 109th edition of the Tour de France. Copenhagen hosts the grand départ on Friday with a 13.2 kilometer time trial.

The peloton will cover 3,328 kilometers over three weeks, concluding with the famous Champs-Élysées finish on Sunday, July 24.

ASO’s attempts to include a “mini Paris-Roubaix” have not pleased riders hunting the general classification. Several cycling betting sites provide great value with odds on overall winner, daily stage winners and head to heads, among other options.

Tadej Pogačar is going for a hat trick of yellow jerseys after winning in 2020 and 2021. The 23-year-old, riding for UAE Team Emirates, seems destined to win several maillot jaunes and the outright Tour de France rightly has Pogačar odds-on favorite to win again.

His main rivals ride for Jumbo-Visma – fellow Slovenian Primož Roglič and Jonas Vingegaard. Both riders have finished runner-up to Pogačar in the past. In 2020, Roglič lost his yellow jersey on the penultimate time trial after leading since stage nine.

Roglič was 57 seconds ahead of Pogačar prior to the time trial before losing the lead. Pogačar won his first yellow jersey by 59 seconds.

Then, in 2021, Pogačar grabbed his second over Vingegaard by 5:20. He hammered his rivals during the first mountain stages of that tour. The abandonment of Roglič from crashes and injuries benefitted Pogačar, but this was the start of Vingegaard’s breakthrough.

Jumbo-Visma is now joint-favorites in the Team Classification betting after a dominant performance at the Critérium du Dauphiné – won by Roglič.

However, Vingegaard made the bigger impression, winning stage eight. He believes he has a good chance of winning the General Classification, and since dropping Pogačar on stage 11 on Mont Ventoux last year, his confidence and development have skyrocketed.

It is hard to tell who would be the strongest between Roglič and Vingegaard – many sports betting sites have them close second favorites in their Tour de France odds, but if you can find a head-to-head market between these two riders, Vingegaard would be the value pick.

Roglič is now 32, and there are questions about whether he can cope over three weeks against Pogačar. Vingegaard is still inexperienced but could be the team’s attacker. How will Pogačar cope against a more attacking Jumbo-Visma?

The shining light for Pogačar will likely be stage 20 – the 40.7-km time trial with an uphill finish. When others are tired, Pogačar will be the strongest and most difficult to beat since he has a stronger team nowadays.

Brandon McNulty, pictured, is +30000. McNulty, 24, finished sixth in the Olympics, the best finish for an American in more than 20 years.

INEOS Grenadiers, the fellow joint-favorites in the team classification, have 2018 winner Geraint Thomas. The team would love to dominate again after wins from Chris Froome, Bradley Wiggins and Egan Bernal, but the latter is injured, and they may struggle against the Slovenians.

Thomas won the Tour de Suisse, but it was a COVID-ravaged race – including the DNS of Bora-hansgrohe’s Aleksandr Vlasov before stage six.

His price has shortened since the spring (when triple-figure odds were available) because his form has been consistent all year, but the Russian’s odds to win the Tour de France are still inviting at a price of +2000 at BetMGM Sportsbook.

The team won the Giro d’Italia with Jai Hindley so they will be bullish over Vlasov’s chances of the podium. Recent illness is a worry, but there are no negative signs coming out of the camp.

Several cycling betting apps offer markets on the Points Classification, King of the Mountains and Best Young Rider. For the Green Jersey (Points Classification), Wout van Aert is the likely winner at -145 – this is a major goal for last year’s winner on the Champs-Élysées after sacrificing himself for his team in 2021.

Van Aert won the Points Classification at Paris-Nice and Critérium du Dauphiné, and with doubts over which sprinters survive over three weeks, the Belgian will be consistently strong.

The Polka Dot Jersey (King of the Mountains) has been gained by Pogačar in the last two editions, but take a chance on more breakaway success in stages this year. The French love this jersey – look for Romain Bardet +700, Warren Barguil +5000 or, if you don’t mind shorter odds, favorite Thibaut Pinot +450.

Team DSM is targeting stages, and Bardet will be one of the favorites from breakaways over tougher parcours. Barguil won this jersey in 2017 (second in 2018). With two victories so far in 2022, he is heading in the right direction.

Pinot is back after injuries and confidence doubts. Groupama-FDJ has taken the pressure off and allowed Pinot to ride for stages. If David Gaudu suffers an early GC setback, turn to Pinot for wins and a potential KOM hunt.

In the betting odds for the Tour de France, Bardet and Barguil provide more value than Pinot. Whether he can be trusted to survive is up in the air.